Tea and a Tune with Neil Sutcliffe 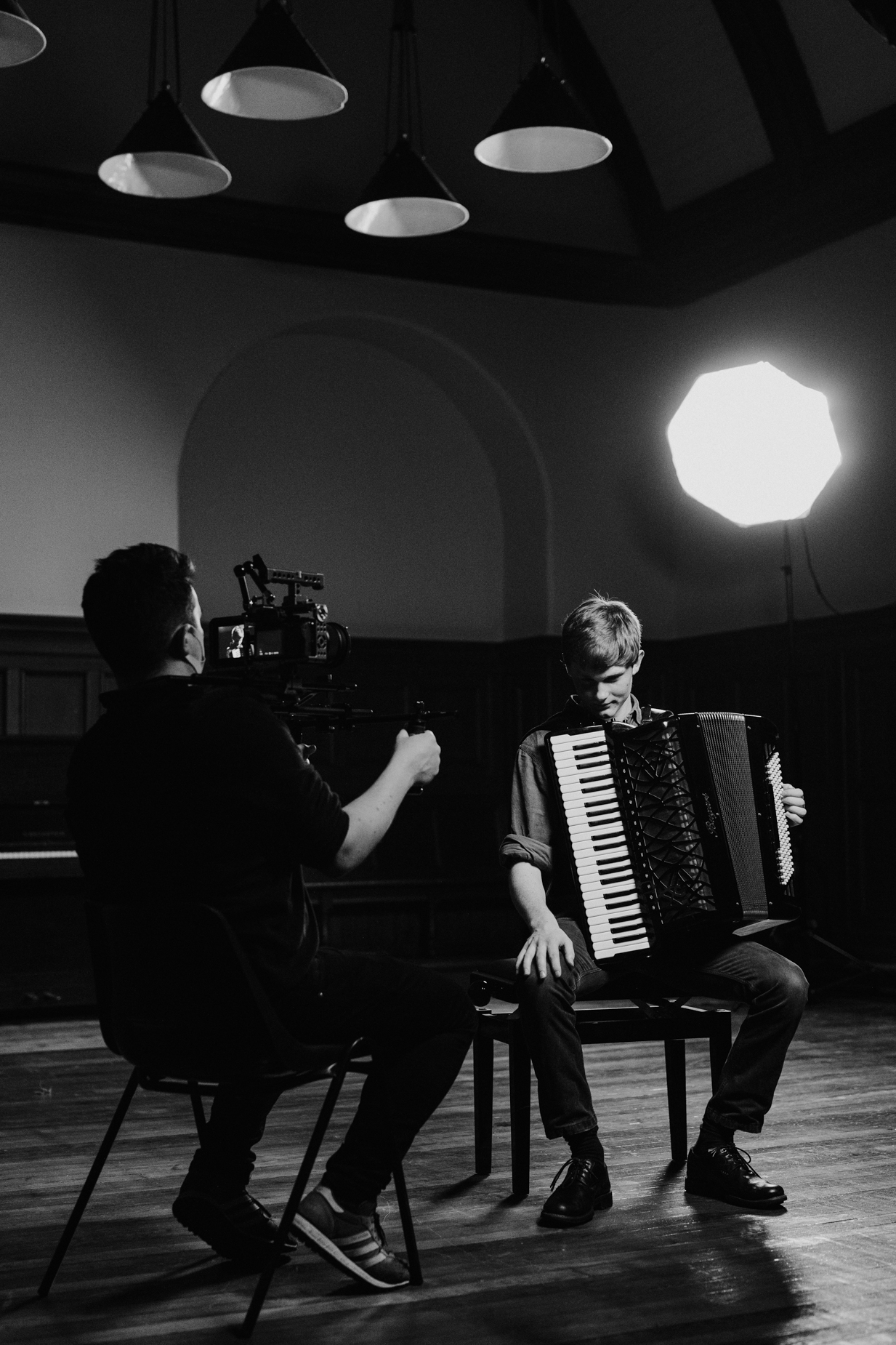 We are proud to welcome Neil Sutcliffe and his Bugari Prime piano accordion to the tea house! Sutcliffe is a Scottish musician originally from Stirling, now based in Glasgow. His principal instrument is the accordion, on which he plays a variety of styles. In 2021 he completed his BMus Honours at the Royal Conservatoire of Scotland, where he studied classical accordion with Djordje Gajic.

Neil also regularly performs as a traditional musician, both as a soloist and in various groups. Alongside a repertoire of tunes, he has inherited a love of folksong from his mother, Jo Miller, and sings in a variety of languages including Scots and Scottish Gaelic.

For this Tea and a Tune performance, Neil will share a selection of his favorite poetry and improvise in response to the language, images and ideas in the poems.